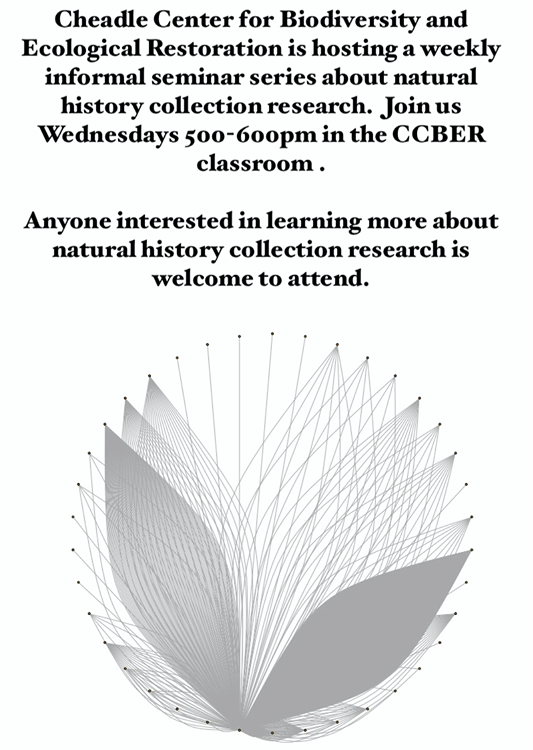 ---
Wed, Jan 23 - Guest speaker Dr. Alexis Mychajliw, La Brea Tar Pits: Fossil and historic collections reveal the ecological legacy of California's lost bears.
Data from the fossil record is becoming increasingly relevant to conservation decision-making in today's changing world. Bears represent a significant part of California's human history, with grizzly bears featured on the state's flag and in numerous pop culture references prior to their disappearance in the 1920's AD. In 2014, the Center for Biological Diversity submitted a petition to list grizzlies in California under the Endangered Species Act, thus providing a path to reintroduction. In this study, we leverage the fossil and historical records to address two ecological questions related to the management of bears in California: 1) the extirpation and hypothetical re-introduction of grizzly bears (Ursus arctos) across the state, and 2) the true nature of a 1933 human-mediated range expansion of black bears (Ursus americanus) to southern California. We apply radiocarbon dating and stable isotope analysis to describe spatiotemporal variation in grizzly resource use and extirpation patterns from the Mid-Holocene to the early 1900's AD. The fossil record provides a comparative dataset for understanding differences in niche breath and prey preference before and after the arrival of Europeans and their land use practices. Radiocarbon dating of data deficient grizzly specimens held in mammalogy collections revealed unexpected ages in the Mid/Late Holocene, rather than historic periods. We employed these Holocene radiocarbon dates in a GRIWM modeling approach of extinction timing for comparison with known last appearances in the historic record for counties across the state. One key question that can be answered only with the fossil record is how grizzlies might interact with California's still extant black bears, particularly in areas where black bears were intentionally translocated to replace grizzlies. Such work has uncovered that the translocation of black bears from Yosemite to the Los Angeles area by California Fish & Wildlife Service in 1933 was in fact the first re-introduction or 'Pleistocene rewilding' of a large carnivore, as fossil records clearly show the presence of the species in Late Pleistocene, followed by a historic absence. Ultimately, we present two case studies that highlight the real-world applications of a 'conservation paleobiology' toolkit, and demonstrate the clear benefits of looking to the past for clues to the future.
---
Wed, Jan 30 - Guest speaker Dr. Andrea Adams, EEMB-UCSB: Using natural history collections to track a fungal pathogen of amphibians through time.
The introduction and spread of novel pathogens is an increasingly important contributor to biodiversity loss, and Batrachochytrium dendrobatidis (Bd), the causative agent of the deadly amphibian disease chytridiomycosis, has led to the declines or extinctions of many amphibians globally. The foothill yellow-legged frog (Rana boylii) was enigmatically and rapidly extirpated from the southern California portion of its range between the late 1960s and the mid-1970s. To explore the hypothesis that Bd could have played an important role in this extirpation, I sampled museum specimens from the historical range of R. boylii and used quantitative polymerase chain reaction (qPCR) to detect the pathogen. I found that Bd prevalence increased significantly in the late 1960s and early 1970s and coincided with R. boylii’s rapid decline from the region. This work reveals new insights into the historical role of chytridiomycosis in California amphibian declines and can serve to inform future R. boylii reintroduction efforts.
---
Wed, Feb 27 - guest speaker Dr. Isaac Park, EEMB-UCSB: Harnessing the diversity of digital herbarium data to generate and to test novel predictions.
Dr. Isaac Park is an Assistant Project Scientist and Co-PI on an NSF grant (Phenological sensitivity to climate across space and time: harnessing the diversity of digital herbarium data to generate and to test novel predictions) who joined the Mazer lab in February 2017. Our collaborative research uses digital records of historical plant specimens to evaluate the factors influencing historical and contemporary flowering times within and among an unprecedented diversity of angiosperms across the continential U.S. (2,468 distinct taxa, each represented by >100 specimens). We have filtered >894,392 digital herbarium records available from 72 universities, museums, and other institutions throughout the U.S. to identify 563,501 specimens for which the phenological status and precise GPS coordinates were recorded.
We have designed a series of novel analysis that capitalize on the unparalleled taxonomic diversity, spatial breadth, and temporal depth of this dataset to evaluate the ecological impacts of climate (and climate change) on these taxa, as well on the collective ecological properties of the floras they constitute. First, we created species-specific phenoclimate models capable of predicting annual variations in mean flowering dates among all 2,468 taxa included in this study. Second, we used this data to conduct the first continental assessment of the risk of frost exposure by floral tissues throughout North America.  Third, we evaluated the manner in which emergent properties of local floras, such as the duration of the flowering season and the rate at which species successively initiate flowering throughout the flowering season, differ along regional temperature gradients.
Isaac's broader research includes identifying the factors that influence vegetative and reproductive phenology within and among species and higher taxa across space and time, and building quantitative predictive models that can be used to forecast the effects of future climate change on the phenological activity of populations, species, and communities. 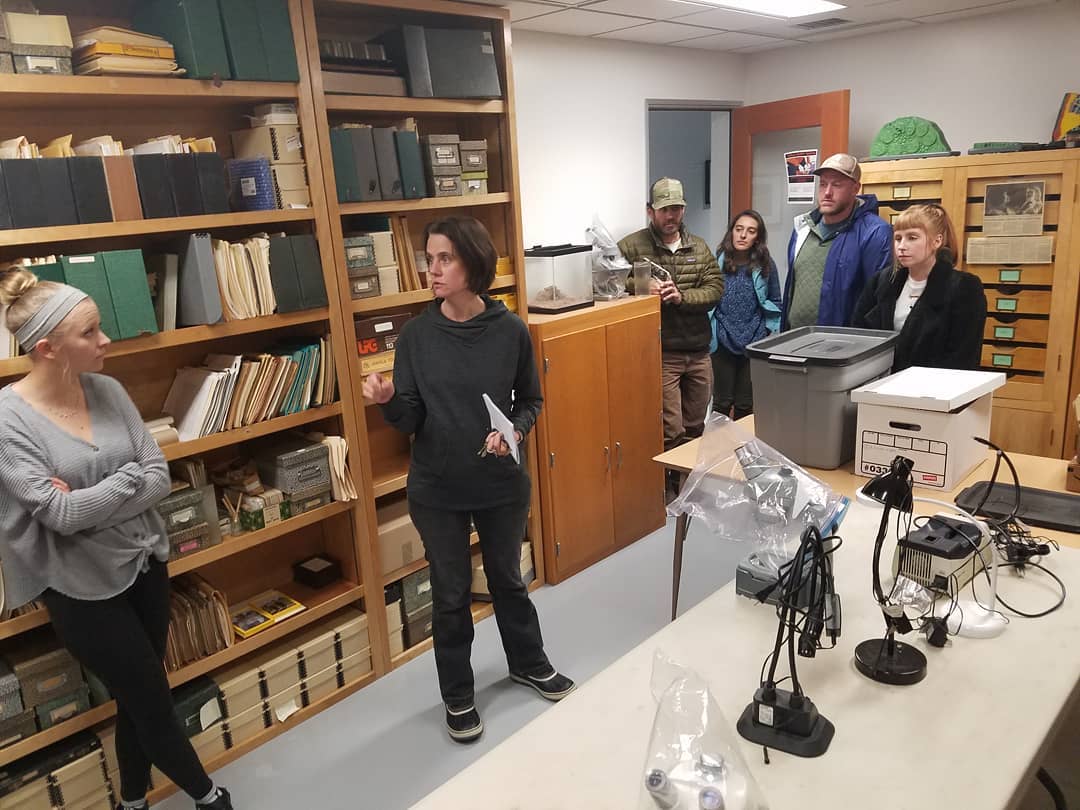