Community Perceptions and Use of NCOS Revealed 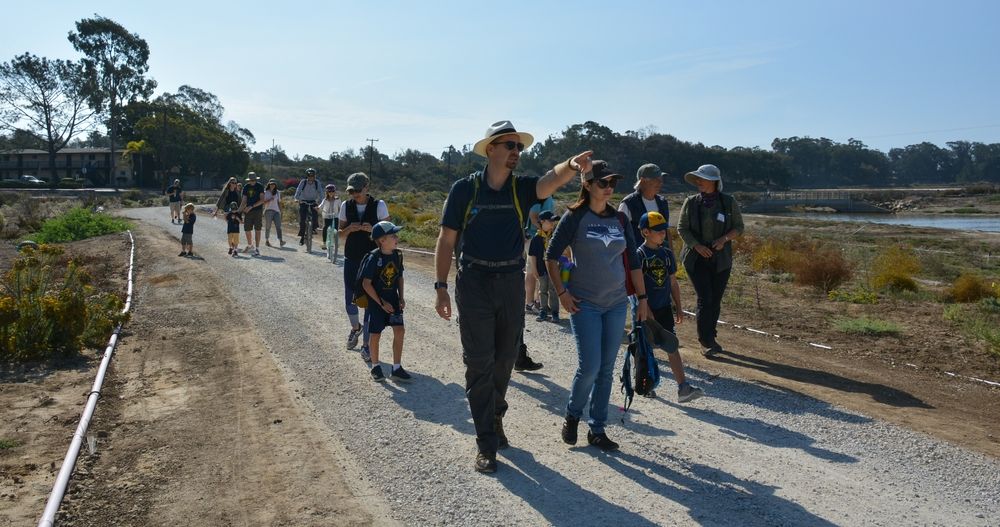 This winter, CCBER conducted surveys to get a better understanding of the community’s perceptions and use of the North Campus Open Space project. These surveys included in-depth interviews of people with a variety of perspectives, an on-line survey that received nearly 200 responses, and observational surveys stratified by time-of-day and days of the week over the month of February. More than 50% of the responses to the on-line survey were from neighbors living within the immediate vicinity of the project, with 20% from people living within a mile of the project site and the remaining 25% of responses from people living between 1 and 15 miles away. About 75% of responses were from people who have an affiliation with UCSB (student, staff, faculty, alumni).

Anyone walking on the site would probably agree with the observational and on-line survey results: the majority of NCOS users are either exercising or doing a nature walk looking at birds (35% each) with secondary uses including dog walking and traveling through the site to commute to schools or elsewhere. The observational survey documented use by 600 individuals over 25 hours, with an average of 25 people accessing the site each hour and the greatest number of visitors on sunny weekend days. 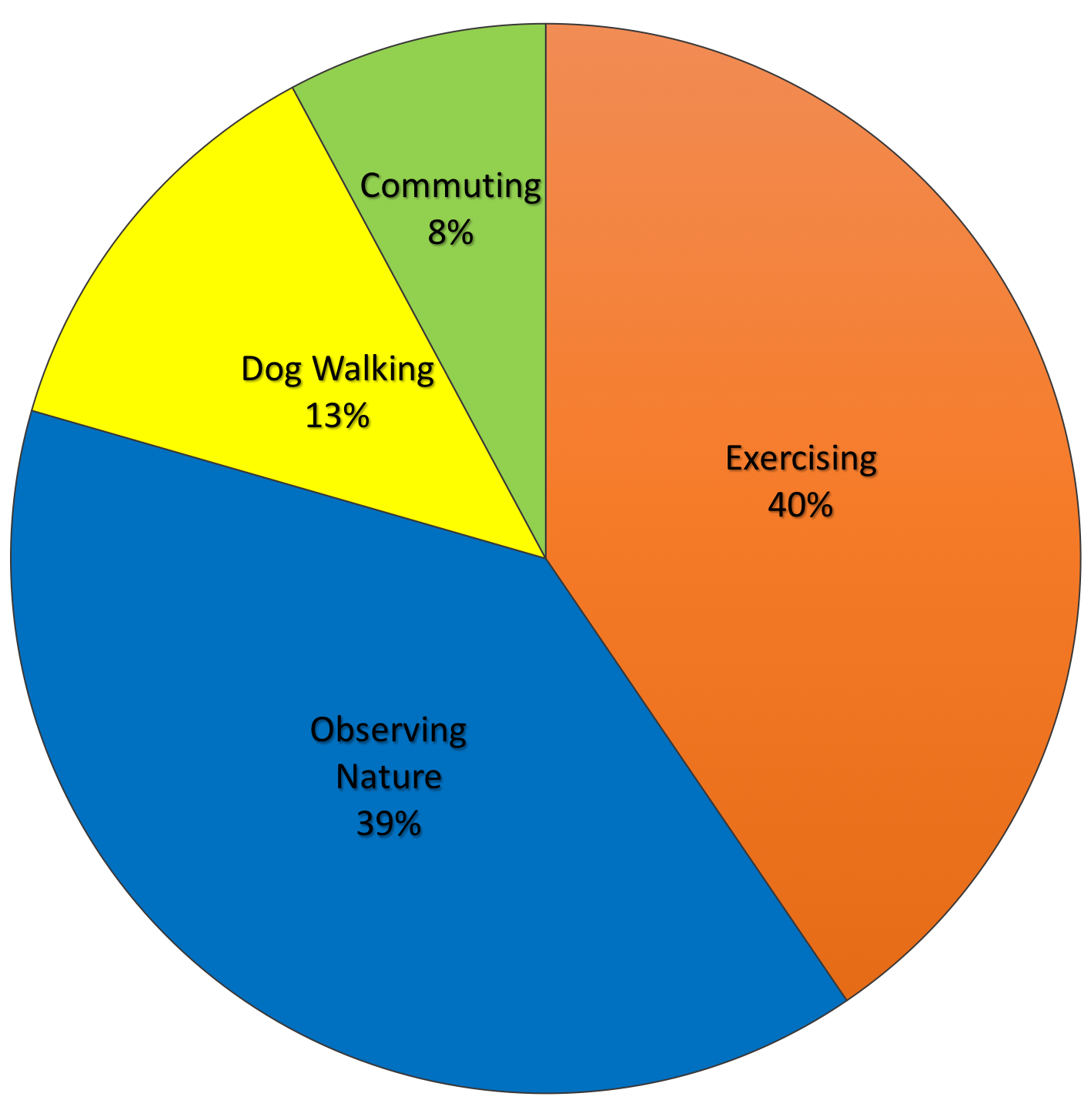 Pie chart of the main activities/uses of visitors at NCOS from an observational study and community survey in February 2019.

Highlights of the survey results include: more than 94% of respondents were supportive of the project and valued the ecological goals, the open space and public access it provides. More than 80% of respondents understood the primary goals of the project and more than 50% could name six key goals. These goals include: restoring wetland habitat for threatened and endangered species, restoring the hydrology and reducing localized flooding, improving water quality, providing opportunities for passive recreation, and active education and research. Interestingly, yet not surprisingly, there was a strong positive correlation between understanding the goals of the project and supporting the project. Similarly, of the 45% of survey respondents who reported that their opinion of the project had changed, 88% now viewed the project positively. These respondents attributed this change in perception to seeing the speed and scale of the transformation first hand, gaining access to the restored open space, and appreciating the native aesthetics more than they anticipated.

The majority of people surveyed have primarily been informed about the project by the NCOS e-newsletter and word of mouth. Signs, tours and local news have played a minor role as sources of information. While 75% of respondents felt adequately informed about the project, there was a contingent who would benefit from more local radio (e.g. NPR/KCLU) or newspaper/magazine coverage (e.g. Independent, Edhat, Noozhawk), and social media coverage of the project.

Of course, nothing is perfect, and we all want to know what people think can be improved. One of the primary concerns expressed in the surveys was off-leash dogs, with 33% of respondents desiring that owners keep dogs on leash to allow people and wildlife to enjoy the open space and nature viewing opportunities un-disturbed. Another frequently mentioned concern is that the size and looseness of the gravel on the trail is uncomfortable. While a “natural surface” of soil would be smoother, it would be essentially inaccessible - sticky and slippery during the rains because of the high clay content in the soils. The compacted and smooth trail surface we anticipated is currently present only in areas that are frequently driven on, while other parts of the trail are still loose and uncomfortable. We are currently developing plans to add more fines and re-compact the loose areas, which we hope to implement once we find the funds to do it properly.

It is our goal to support the ecological and hydrological goals of the project in order to provide a seasonally changing setting that inspires a sense of wonder, provides easily accessible opportunities to enjoy the outdoors, and connects people to each other. We thank you for your feedback, and please do reach out to us with any ideas, comments or concerns at ncos@ccber.ucsb.edu.

NCOS visitors on the long bridge across the eastern arm of the wetland.