The Cheadle Center is proud to announce the opening of the Mesa Trail at the North Campus Open Space! The trail was officially opened and celebrated on May 14th with a public event showcasing the history and biodiversity of the land. Visitors were invited to take part in a Mesa Trail scavenger hunt that led them along the new trail to various tables where Cheadle Center staff set up posters and displays offering information on the Mesa's past and present. These tables helped inform visitors on a range of subjects pertaining to the Mesa habitat, including its Ethnobotany, Ornithology, Hydrology, Entomology, and Botany. 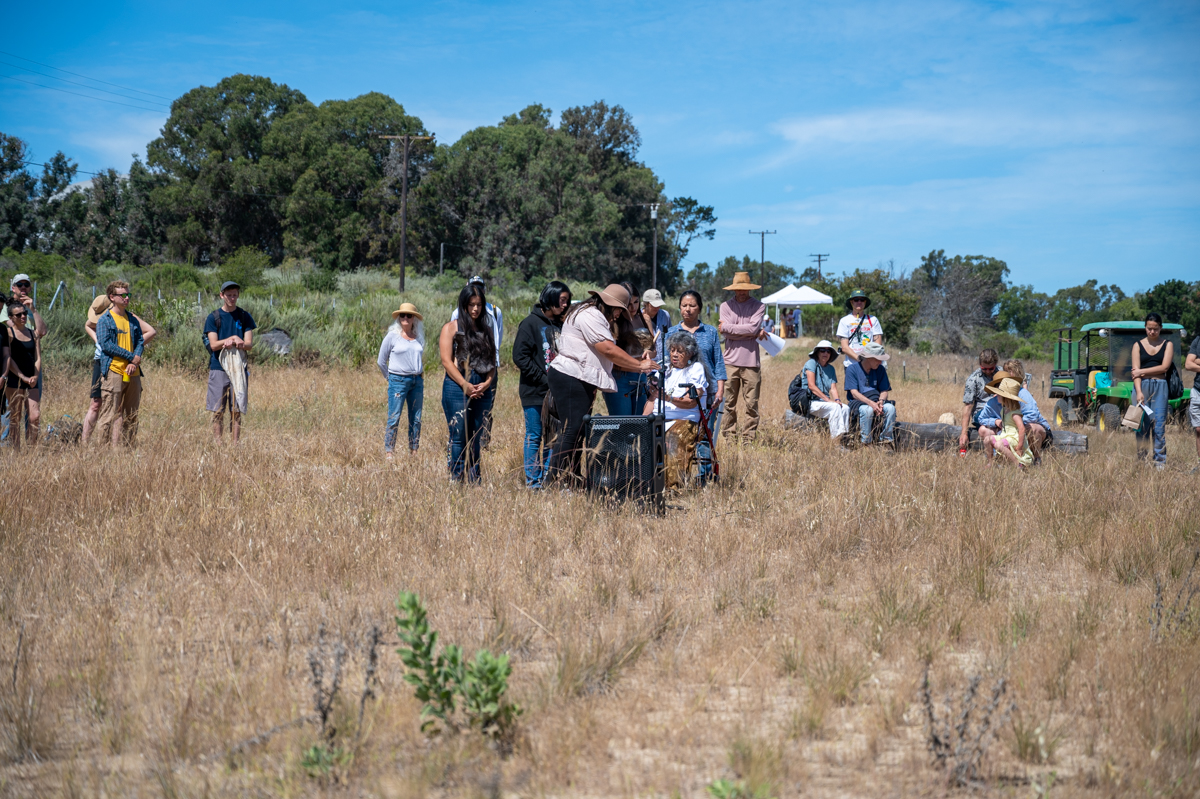 The event began with a Circle of Gratitude during which members of the local Chumash tribe led a group prayer and danced their traditional Snake Dance. 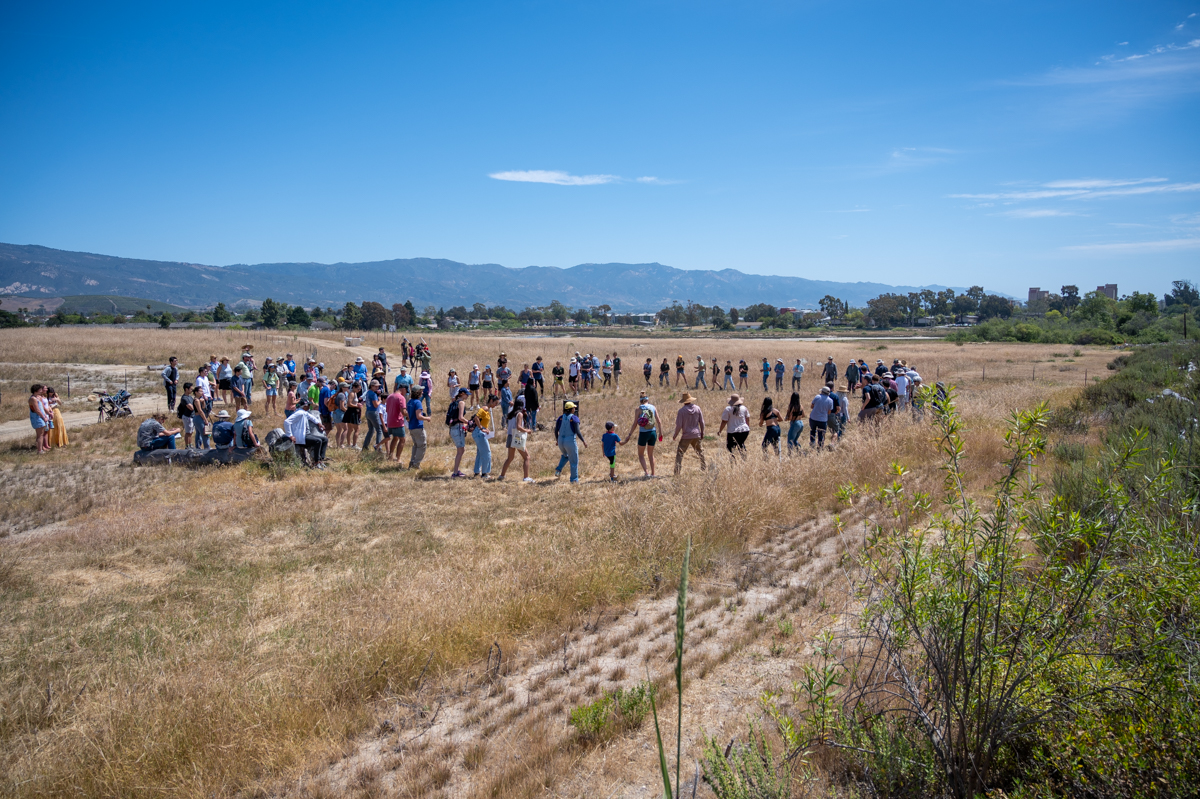 After the welcoming ceremonies, the scavenger hunt got underway! The first table along the Mesa trail detailed ethnobotanical practices and described how the Cheadle Center integrates traditional ecological land management practices into their work. This table included displays that demonstrated how several native plant species were and continue to be utilized by local Chumash peoples. 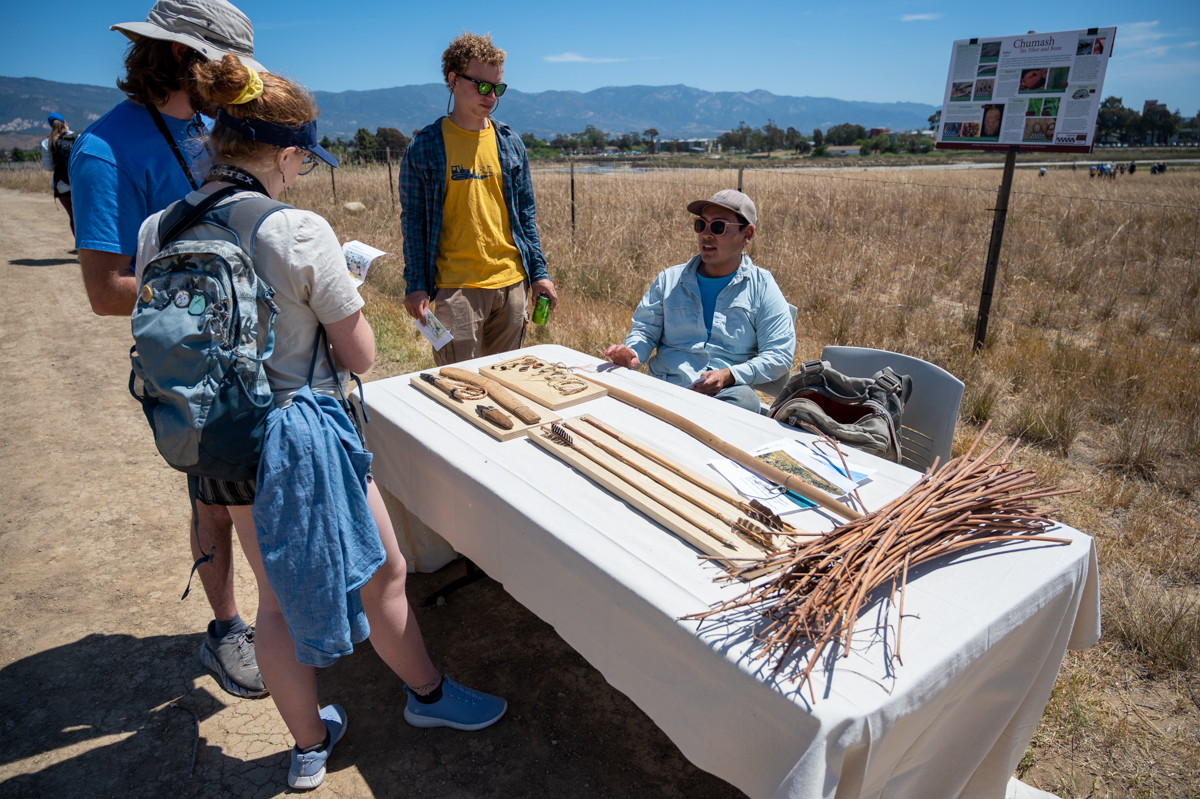 From there, visitors were encouraged to walk through the native coastal grassland to the central overlook, where they could get up close to raptors from the Audubon Society's Eyes in the Sky program. The Audubon Society set up birding scopes and binoculars which allowed the public to utilize the vantage point from the central overlook to search the slough channel for different bird species. This station also had owl pellets that visitors could dissect to learn more about the diet of these fascinating raptors. 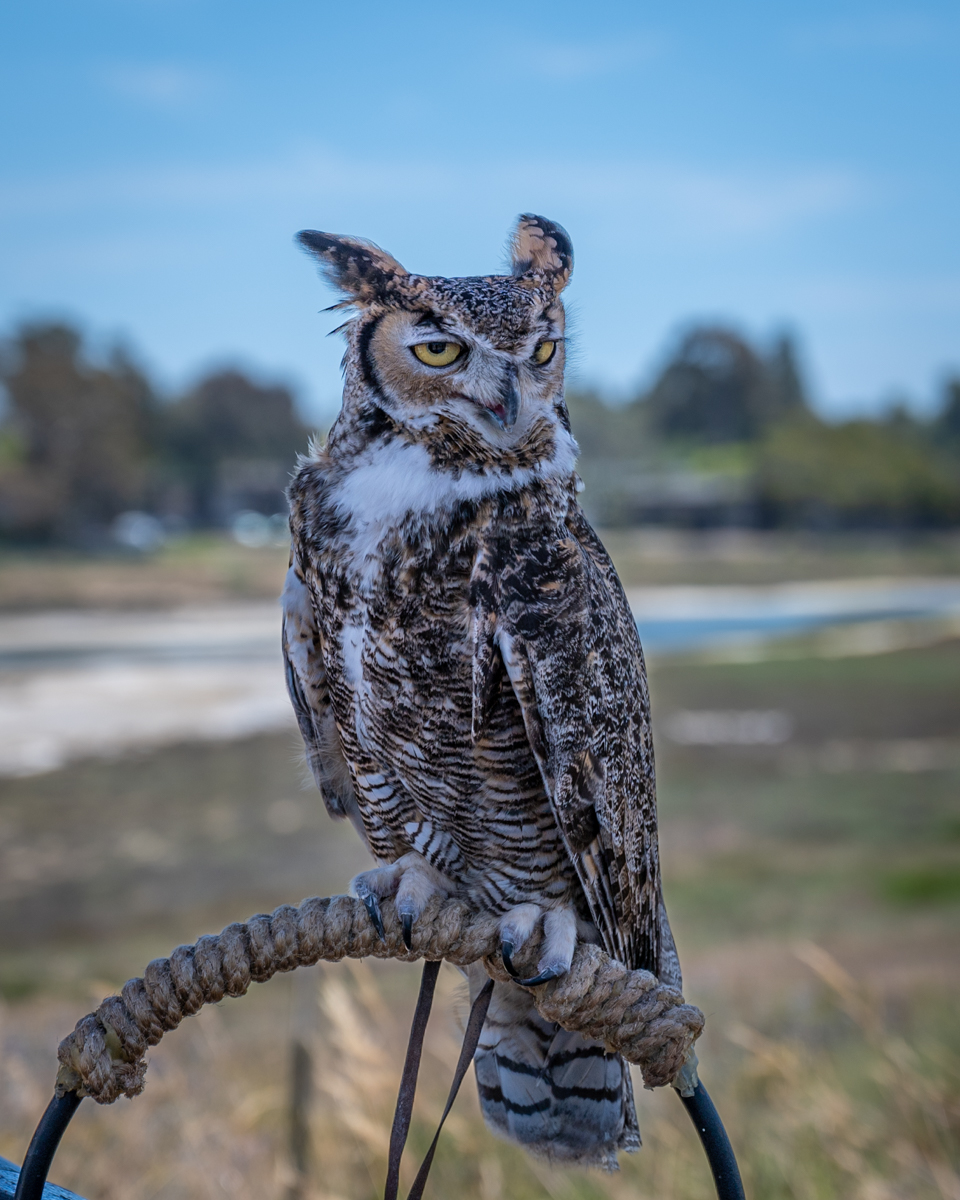 At the next station, microscopes brought the world of tiny aquatic invertebrates and zooplankton into view. These minuscule organisms inhabit the wetland areas of the site and are an important food source for the many bird species that hunt on North Campus Open Space. 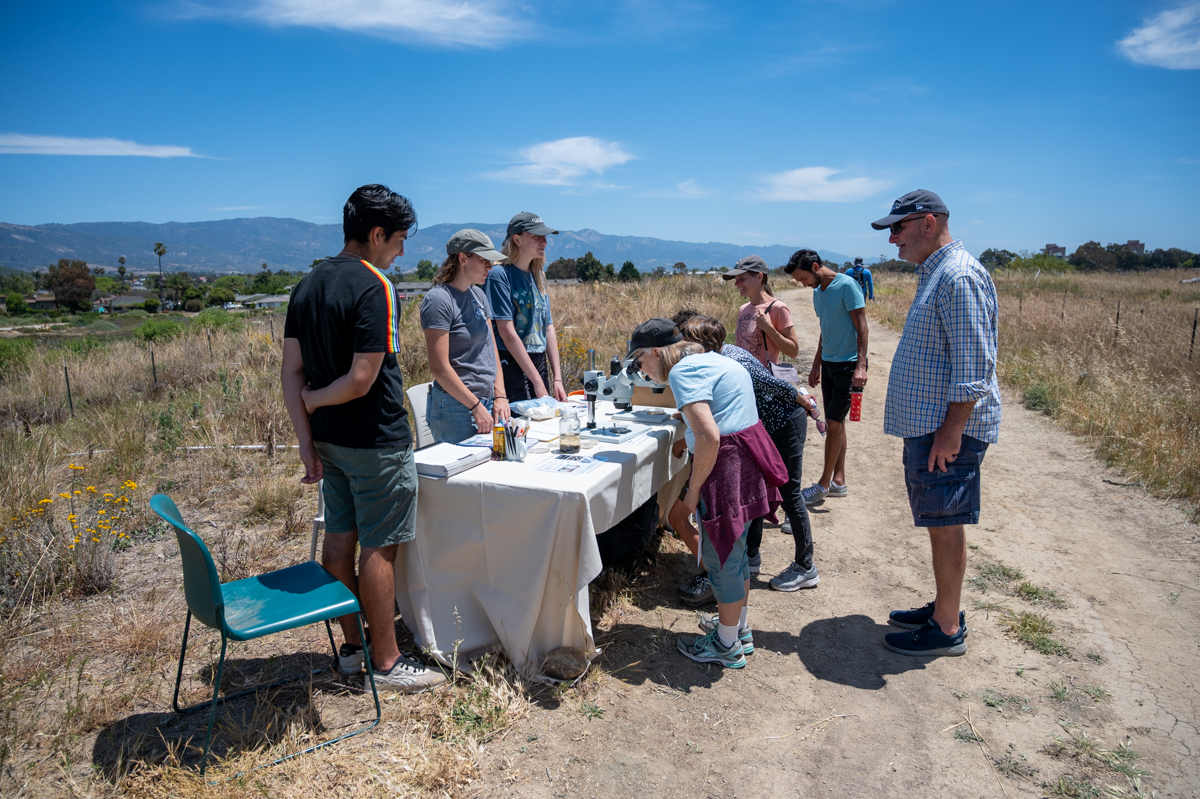 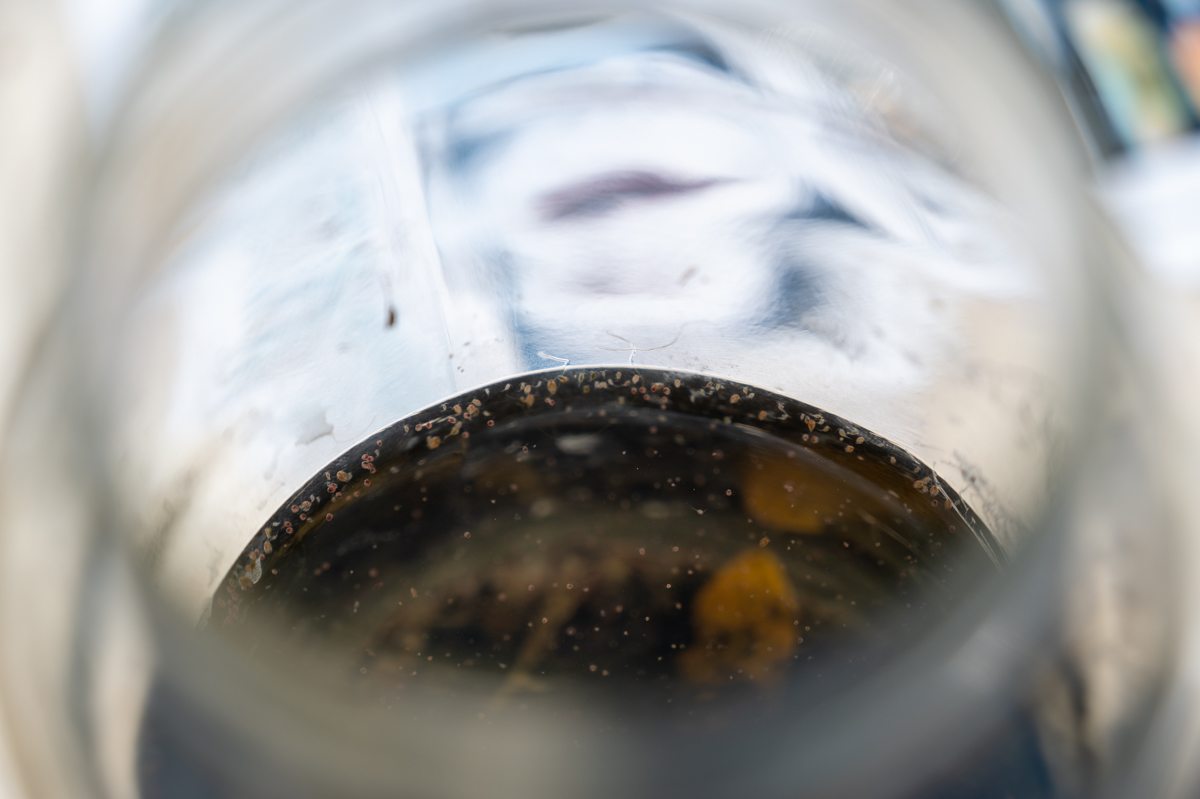 The next table along the Mesa trail focused on the entomology of NCOS, and was staffed by members of the Cheadle Center's Collections department. This table displayed the many different bee species that have so far been observed and collected on NCOS, which allowed participants of the scavenger hunt to get an up close look at some of the most important pollinators on the restoration site. 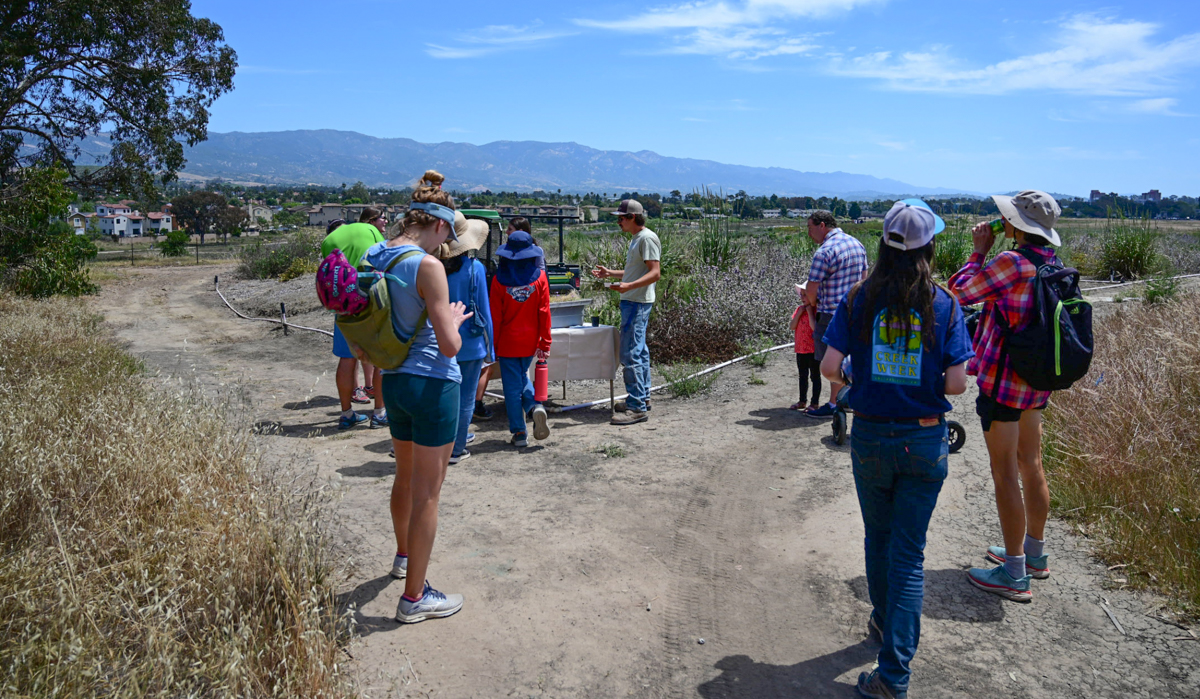 The final stop on the Mesa trail scavenger hunt was at a table set up to display some of the rare plants growing on NCOS. Cheadle Center staff discussed some of the adaptations of these plants and the techniques used in restoration to ensure these rare plants can succeed. Overall the Mesa trail opening event was a success thanks to the hard work of the Cheadle Center staff and the Audubon Society along with the appreciation and engagement from the public. The Cheadle Center hopes that visitors will continue to explore all that North Campus Open Space has to offer by utilizing this new trail and taking in the Mesa habitat that has been several years in the making!