The storms over Winter break have once again illustrated how the increased wetland capacity of the restored system at NCOS provides flood protection and increases the tidal prism which expands and diversifies the wetland. The main wetland channel at the North Campus Open Space is part of the Devereux Slough, which is an intermittently tidal system that is blocked off from the ocean for most of the year due to a sandbar at Sands Beach. If water levels in the slough rise above the level of the sandbar (approximately 9.5 feet above sea level), the slough breaches and the sandbar is washed away, allowing water from the Devereux Slough to flow into the ocean and enabling the key ecosystem service of sediment transfer from the mountains to the ocean. The storm system that came through Goleta on December 22nd and 23rd resulted in a breach at approximately 5:00 pm on December 23rd.

Storm flow at Phelps Creek on 12/23/21 approximately 3 hours before the slough breach. 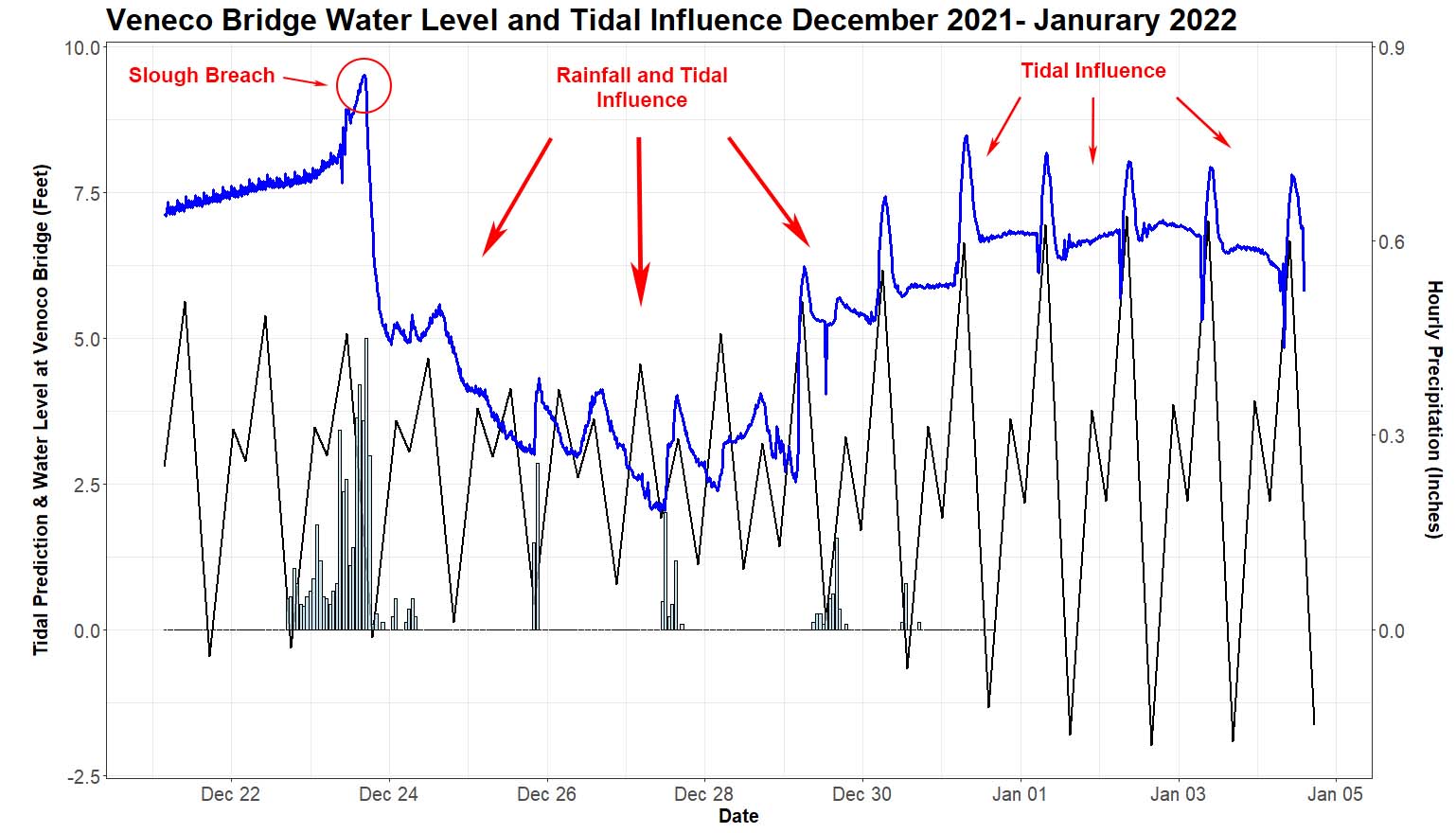 The water level in the Slough was influenced by continuing rainfall and ocean tides after the breach on December 23rd. After the rain stopped on December 30th, ocean tides became the dominant influence with a 2.5+ foot change in depth over the tidal cycle. 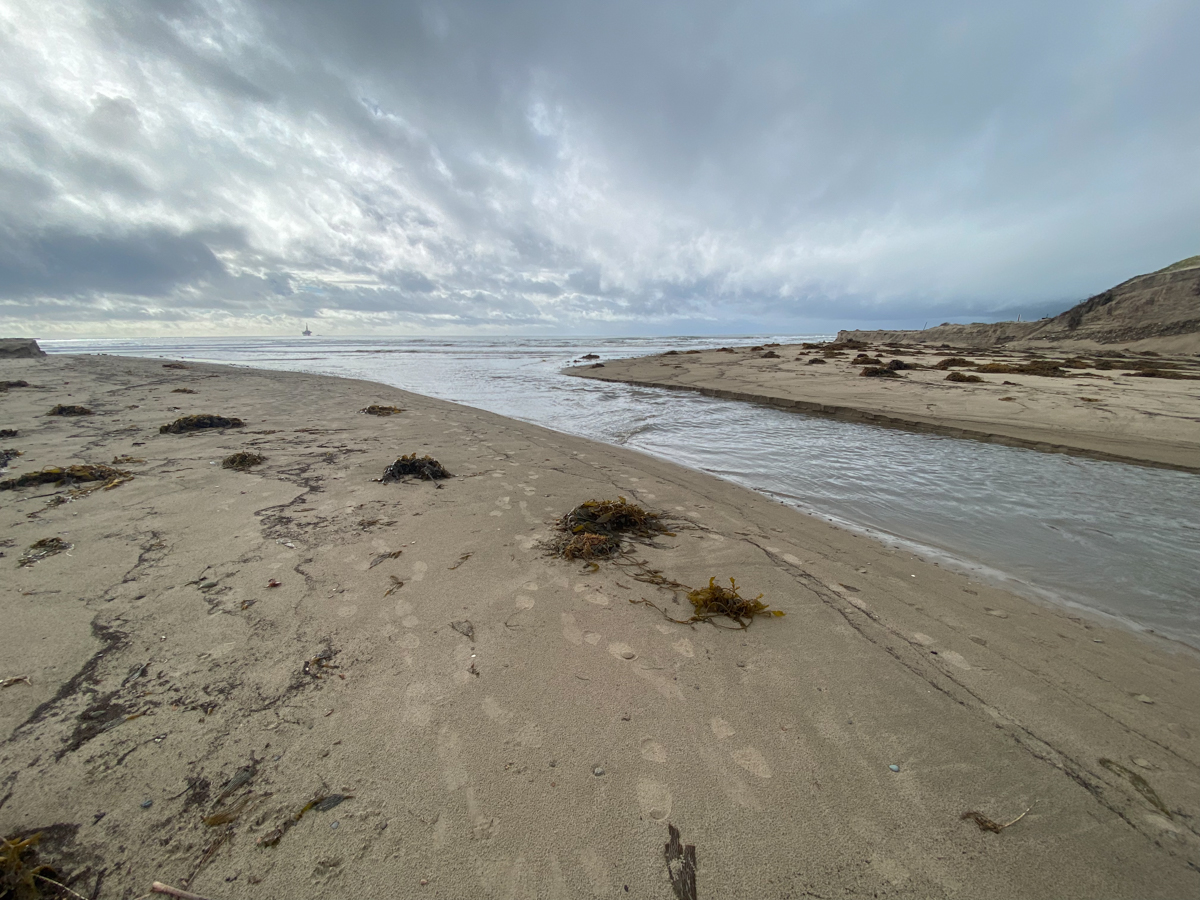 The mouth of the Devereux Slough following the breach event. Photo taken on 1/03/22.

The resulting period of tidal influence following the breach event corresponded with the 2022 King tide events on January 2nd and 3rd. The water level changes in the slough, clearly visible in the photographs below, create a dynamic habitat of exposed mudflats and open water. This tidal influence will continue until wave action re-builds the sandbar at the slough mouth, a process which can take between a week and two months depending on the intensity of the initial breach and the tidal range. In this case the system will likely be tidal for at least a month given the extreme king tides of early January. An open mouth provides the opportunity for the endangered Tidewater Goby to enter the system. This small, finger-length, fish is known to 'wink' in and out of systems depending on the frequency of mouth opening and the salinity and water levels in the lagoons. Tidewater gobies are less frequently found in fully tidal systems where they may be more vulnerable to predation by larger fish. They have been found in Devereux Slough intermittently since 2005 when they were first discovered here. The tidal pulses also transfer seeds of various plant species, which could include seeds from the recently established population of the endangered Ventura marsh milk-vetch (Astragalus pycnostachys var. lanosissimus) and the newly re-introduced pink flowered Vericose Sea Purslane (Sesuvium ventricosum). Vericose Sea Purslane was extirpated from Santa Barbara County in the 1950s and has been establishing on NCOS since it was introduced from Machado Lake in LA County two years ago. Tracking the spread of these special status species will be interesting in the years to come. 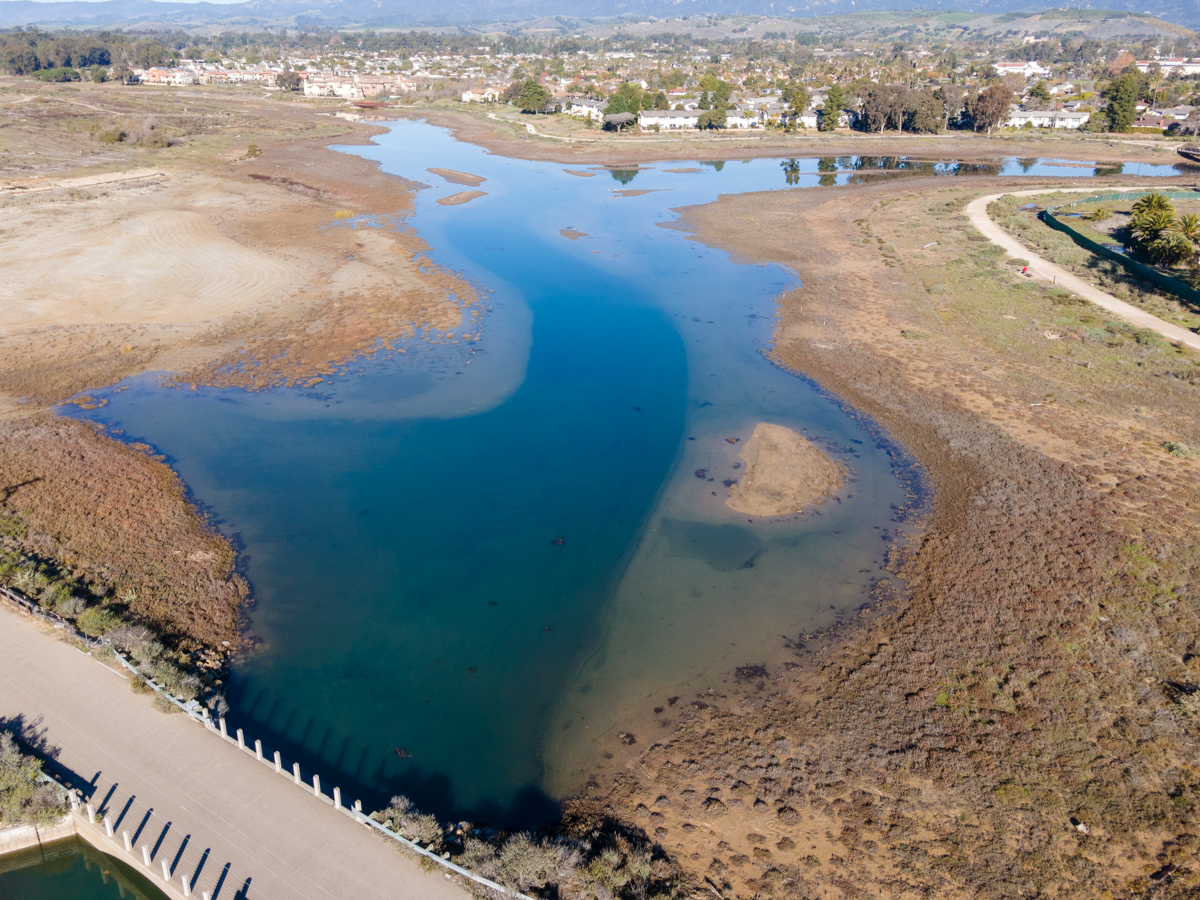 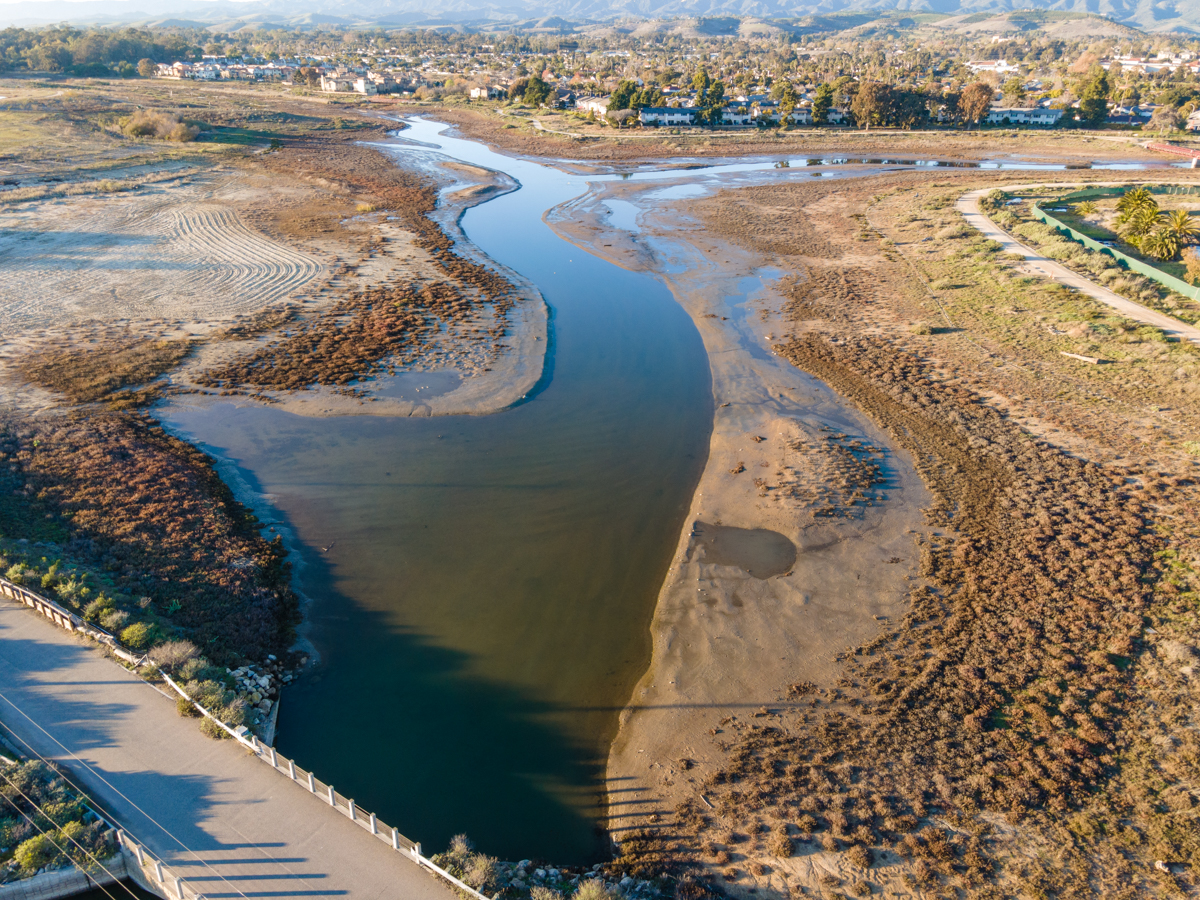 Incoming tidal flow can be seen at Venoco Bridge on 1/03/22.