The Life of Katherine Esau

Growing up in Russia:  The Esau Family

Katherine Esau was born on April 3, 1898, in the city of Ekaterinoslav in the Ukraine.  The city was named after Catherine the Great (as was Katherine Esau.) It is located on the Dnepr River and its name was changed to Dnepropetrovsk after the Russian Revolution.  Esau came from a German Mennonite family that emigrated to Russia and settled in the steppes of the Ukraine in 1788.  Katherine’s mother, Margarethe Heese Toews, was also born in Ekaterinoslav.  Katherine had one brother, Paul.  As her ancestors did before her, Katherine and her brother attended Russian schools and spoke Russian and German. 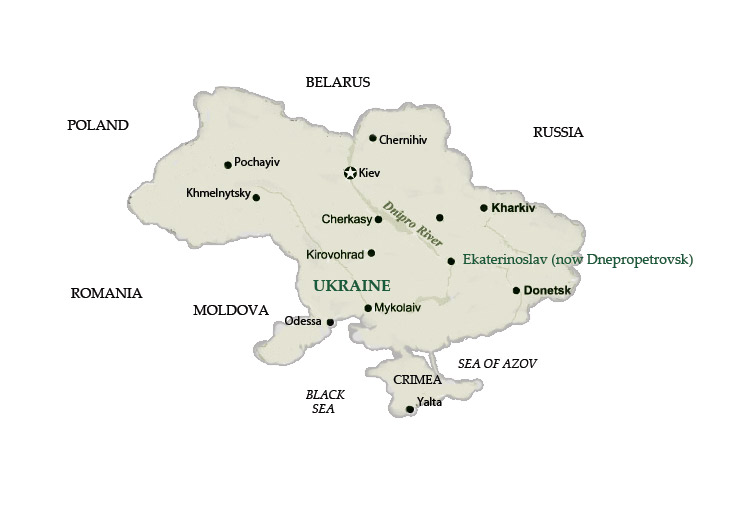 During the early part of the 20th century, the Esau family prospered.  Katherine’s father Johan became a prominent citizen in Ekaterinoslav. Trained as an engineer, he established and ran several machine factories there.  From 1905-1909 he became involved in local politics and was elected mayor of Ekaterinoslav. As mayor he was innovative in arranging for a five million ruble loan from France for the construction of a water system for the city, a streetcar system, a new market building that still exists today, and the establishment of four secondary schools. During the First World War, Esau was the head of the economic division of the Red Cross branch of the Southern Armies for Romanian and Black Sea Territories. When the Germans occupied Russia in 1918, he was again elected mayor but was removed from the post before the end of the year by the revolutionary government.  Learn more about Katherine’s family and ancestors by looking at the Esau Family Tree. 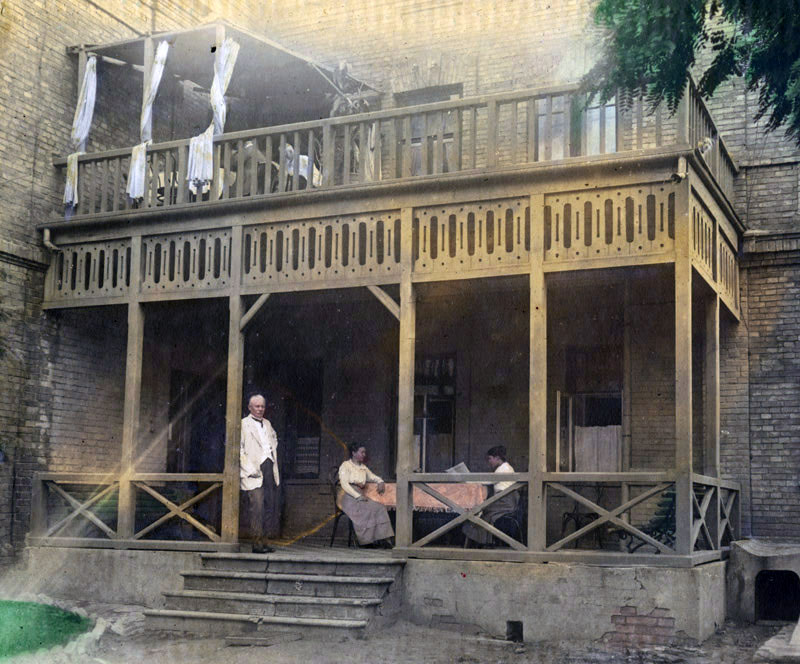 Katherine Esau lived in her home town until the end of 1918, when she and her family fled to Germany as refugees during the Bolshevik Revolution.  Most of their belongings were left behind in Russia, including many family albums.  Some of the pictures on these pages are from the few albums the family brought with them.

When the Esaus fled Russia, Katherine had just completed her first year of study at the Golitsin Women's Agricultural College in Moscow.  After two weeks, the family arrived in Berlin where they lived for three years. Upon arriving in Germany, Katherine enrolled in the Königliche Landwirtschaftliche Hochschule (Agricultural College) of Berlin. Katherine spent three years at the college and developed a close acquaintance with Professor Erwin Baur, a geneticist who became famous for his studies in plant breeding.

The Esau Family Home in Ekaterinoslav

Coming to California: The Immigrant Experience

The Esaus left Germany for the United States in 1922.  They initially settled in Reedley, California, a strong Mennonite community.  In 1923, Dr. Esau took a job with the Sloan Seed Company in Oxnard, California.  One year later she was hired at the Spreckels Sugar Company in Salinas, California to develop a sugarbeet resistant to curly-top disease, a virus that was a major problem to growers in California. For a short period of time, Katherine’s father and brother also worked at Spreckels. In 1927, Katherine left Spreckels to begin her graduate studies in the field of botany at the Agricultural College of the University of California in Davis, now UC Davis. Since the Davis campus did not yet have a graduate program, Esau actually received her degree from UC Berkeley, where she also took many of her botany courses.

Upon graduation, she was hired as Junior Botanist in the Experiment Station and began teaching botany at the Agricultural College in Davis.  This marked the beginning of her exceptional and productive 64-year career as a botanist specializing in plant anatomy.

Katherine Esau never married.  From 1938 until 1963, she lived in her parents’ house in Davis. In 1963 she moved to Santa Barbara at the suggestion of her research colleague Vernon Cheadle, UCSB’s new chancellor. Although she retired from teaching in 1965, she continued her research into her 90s, publishing more than 150 books and articles before passing away in 1997 at the age of 99 years old.